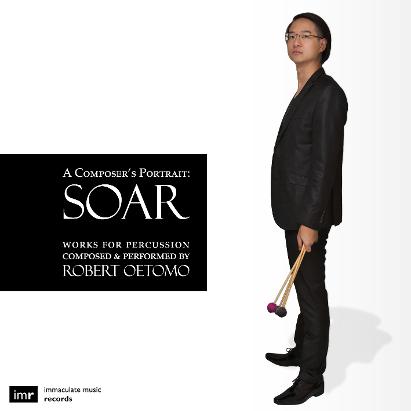 “A Composer’s Portrait: Soar is a CD containing only of my works for percussion. I wanted to share a personal reflection of myself and my life’s journey so far (if I may humbly say so) as a musician by choosing to perform music that I have composed myself.

The repertoire selected for this CD are works that were composed between 2012 and 2014 (with the exclusion of Amy, which was the first solo marimba work I wrote, written in 2008). This period of time was when I studied and lived abroad in Mannheim, Germany. Being very far away from home (Sydney, Australia), I experienced many challenging times, as well as many wonderful and incredible things which are now only unforgettable memories in the distant past. I tried my best to capture those different experiences through the works in this CD, so that I can reminisce and personally share my memories with others in the present.”

“… a leader of the new generation of composers/performers – an Australian marimba ambassador with an international vision!”
Michael Askill

“He is a brilliant performer, arranger, composer and conductor, showing us new musical dimensions for the 21st century.”

Watch the video with his arrangement of “Over the Rainbow” which I directed here.