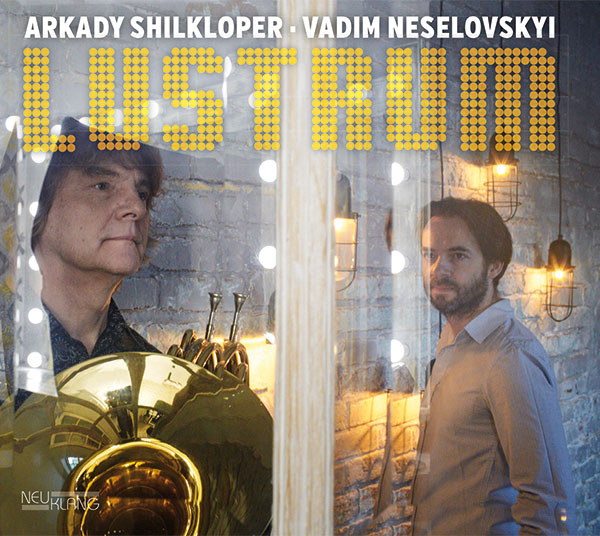 Lustrum is the second duo album to be released on Neuklang by the Russian Arkady Shilkloper (horn) and the Ukranian Vadim Neselovskyi (piano). The two have known each other since the then 19-year-old music student, Vadim, performed live for the first time with Arkady and the Moscow Art Trio in the ‘Domizil’ jazz club in Dortmund. It wasn’t until much later that the idea of forming a duo was born, which developed into a congenial cooperation between two outstanding musicians.